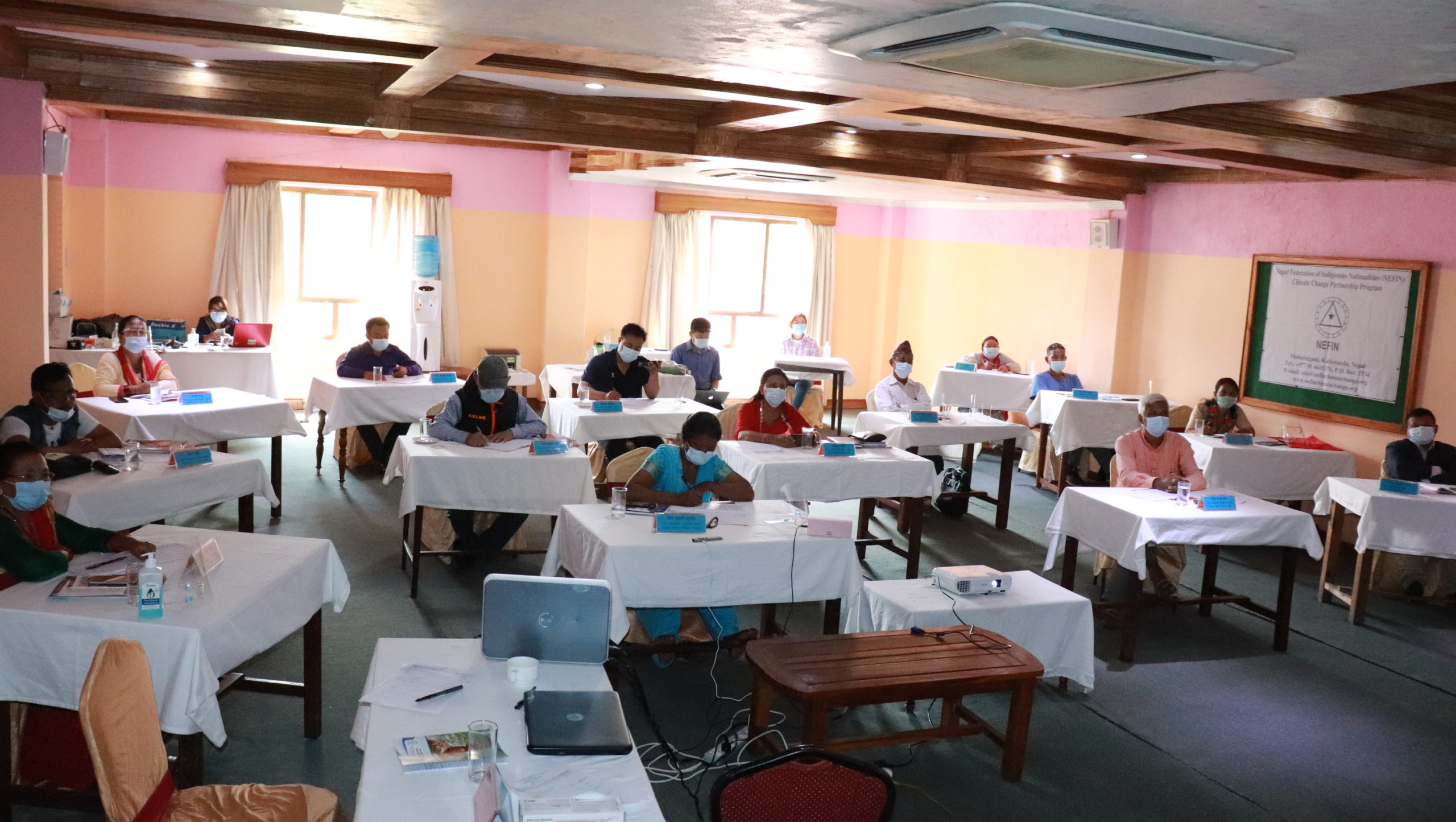 Kathmandu, Sep 2021: A Regional level training workshop on ”Climate Change and the Rights of Indigenous Peoples” organized by the Nepal Federation of Indigenous Nationalities Climate Change Partnership Program was held at the Landmark Hotel in Pokhara from September 08 to 10, 2021. A total of participant 21 (8 females and 13 males) officials of the District Coordination Council, Province Coordination Council and Federal Council Secretariat participated in the program.
Speaking at the opening ceremony, Ganesh Thakali, Central Vice President of the Nepal Federation of Indigenous Nationalities (NEFIN) said that the state has not paid attention to the IPs targeted international policies and programs while the vulnerability of the IPs by the adverse impact of climate change is very high to them. Therefore, he said, it is important for the indigenous peoples to have full knowledge about the rights of the indigenous peoples in various mechanisms related to climate change. He stressed that the indigenous peoples have been interdependent with natural resources such as water, land, and forest since time immemorial.
Explaining the purpose of the program, the National Coordinator of NEFIN Climate Change Partnership Program, Tunga Bhadra Rai explained about the project going to operate in the Gandaki river basin by the International Union for Conservation of Nature (IUCN) with the collaboration of the Ministry of Forest, Environment, and Soil Conservation through Green Climate Fund should directly benefit the indigenous peoples.
The organizer was well aware of the risk of the Covid-19 epidemic and disseminated information, and provided safety measures such as face shields, face masks, and sanitizers during the sessions. Physical distance and other health precautions were taken during the seminar. The event was conducted among a limited number of participants due to the risk of Covid–19 infection.
The three-day training was facilitated by Sukh Bir Thami, Acting General Secretary of the Nepal Federation of Indigenous Nationalities (NEFIN). Various resource persons have presented Powerpoint and conducted discussions on climate change, its causes and effects, United Nations Framework Convention on Climate Change (UNFCCC), Paris Agreement and Indigenous Peoples’ issues, climate change adaptation and mitigation, climate change mitigation measures, indigenous peoples’ issues on REDD+, and National Adaptation Plan (NAP), Nationally Determined Contribution Document (NDC) -2020, Climate Finance, Green Climate Fund (GCF) and the project to be implemented in the Gandaki river basin.