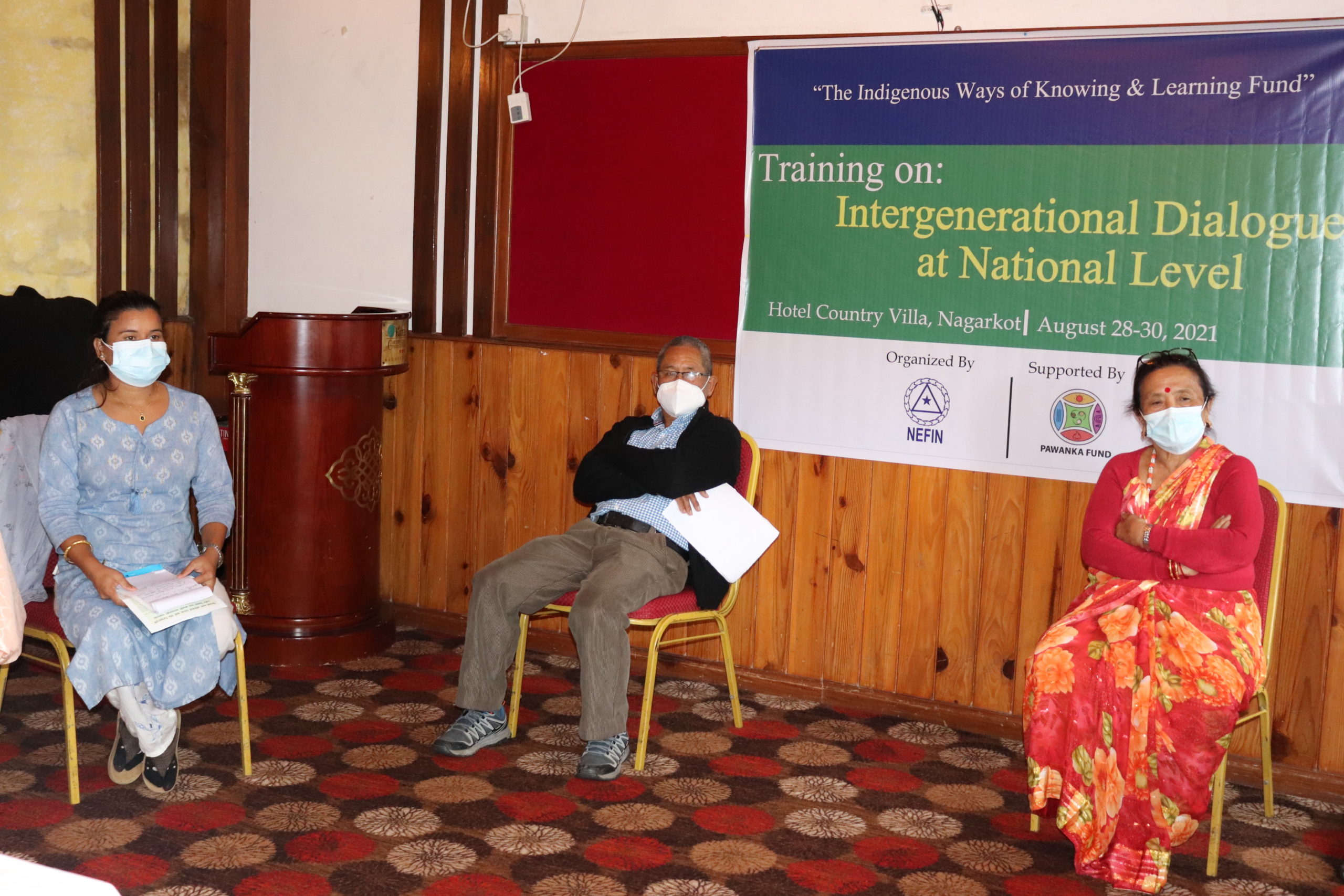 IPs’ intergenerational dialogue calls for inclusion of their voices in govt. policies, programs

Kathmandu, Aug 2021: Nepal Federation of Indigenous Nationalities (NEFIN) Climate Change Partnership Program organized an event titled “National Level Dialogue and Training on Climate Change” in Nagarkot, Bhaktapur on August 28-30, 2021. A total of 21 participants, including 14 males and 7 females, from different age-groups, attended the program.
Considering the spread of COVID-19 pandemic, the program was organized putting in place various safe measures, including the use of face shield, face masks, sanitizer and maintaining the physical distance, by the participants.
Highlighting the objectives of the event, the Program’s National Coordinator Tunga Bhadra Rai said, “There have been various mechanisms formed at the international level to fight the pressing issue of climate change. Governments all around the world, including the Nepal government, are working as part of those mechanisms that need to address the issues of Indigenous Peoples, too. It is crucial for us to know about those issues and press the government for addressing Indigenous Peoples’ concerns. We are here to discuss them.”
At the program, the discussions were mainly focused on United Nations Framework Convention on Climate Change (UNFCCC), adaptation and mitigation mechanisms, REDD+, loss and damage, the National Adaption Plan (NAP), Paris Accord, Nationally Determined Contributions (NDC), Green Climate Fund (GCF), IPs-related CEDAW mechanism, Convention of Bio-diversity and Sustainable Development Goals, with different experts making their presentations on those topics in relation to Indigenous Peoples.
As a result of the discussions, the participants presented the following suggestions:
As a result of the discussions, the participants presented the following suggestions: 1. Indigenous Peoples should be recognized and treated not merely as a stakeholder but a right-holder, by the Nepal government, which should be reflected its policies and programs on climate change.
2. There should be institutional representation of Nepal’s Indigenous Peoples to discussion forums and training events organized by Nepal government, and national and international non-government organizations.
3. The Nepal government should be committed to the protection and promotion of Indigenous Peoples’ traditional knowledge, skills, practices, languages, cultures and heritages and this should be reflected in its polices and programs on climate change.
4. Free, Prior and Informed Consent (FPIC) should made a mandatory pre-requisite before formulating any projects that impact Indigenous Peoples’ lives or that are planned to be run in Indigenous Peoples’ lands and territories.