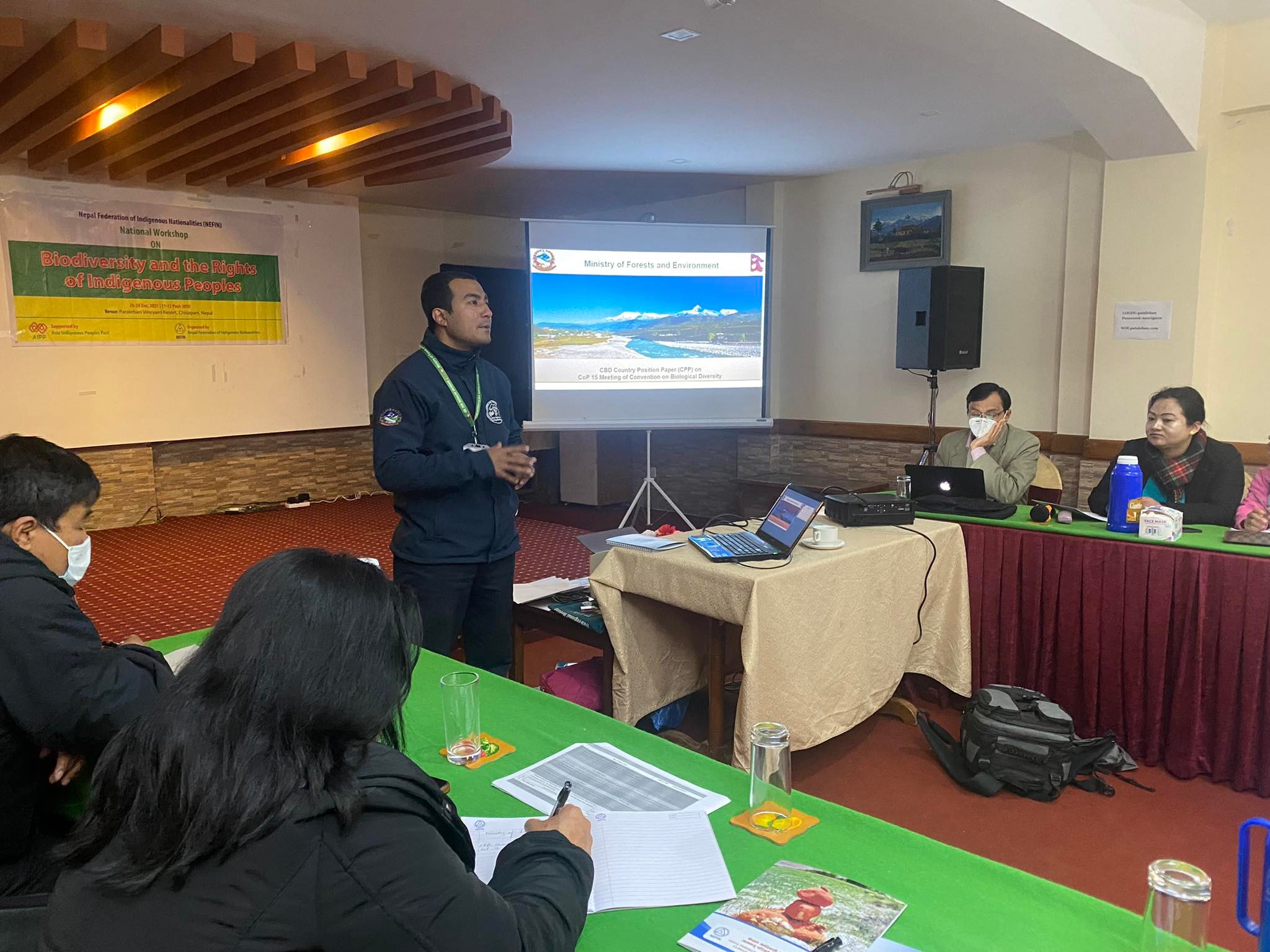 Nepal Federation of Indigenous Nationalities (NEFIN) in collaboration with the Asia Indigenous Peoples Pact Foundation (AIPP) organized a three-day national workshop on Bio-diversity and the indigenous peoples’ rights at Pataleban from December 26 to 28, 2021. A total of 31 participants including12 women and 19 men representing various indigenous nationalities and Indigenous Peoples Organizations (IPOs)participated the event. The event fully followed safety measure, Government advisory and precaution against COVID-19.

Nepal ratified the Convention on Biological Diversity (CBD) and the Nayoga Protocol in 1994 and 2010 respectively. The Government of Nepal has been submitting progress reports to the Convention on Biological Diversity (CBD) periodically and has recently submitted its report to the 15th Conference of the Parties. The progress made in the Aichi Biodiversity Target 18 has also been included in the progress report. In this context, the objectives of the workshop were to update the ongoing process and works in the international arena on biodiversity, give relevant information to indigenous peoples’ representatives for them to be able to understand their rights CBD. It also aimed to share information about the forthcoming Conference of the Parties to the Convention and the Post 2020 Global Strategic Framework. It thereby discussed the issues and challenges of the Post 2020 Global Biodiversity Framework and other international instruments such as Nayoga Protocol. The workshop discussed the issues and challenges of the draft bill of access, use, and benefit-sharing of genetic resources-2019 and domestic laws and regulations, which affects the rights of IPs on biodiversity, of Nepal. The resource persons with expertise on bio-diversity, former and current government officials, and officials from the Human Rights Commission made presentation to facilitate the discussions. They highlighted the developments in the national and international arena regarding biodiversity, and the issues of indigenous peoples.