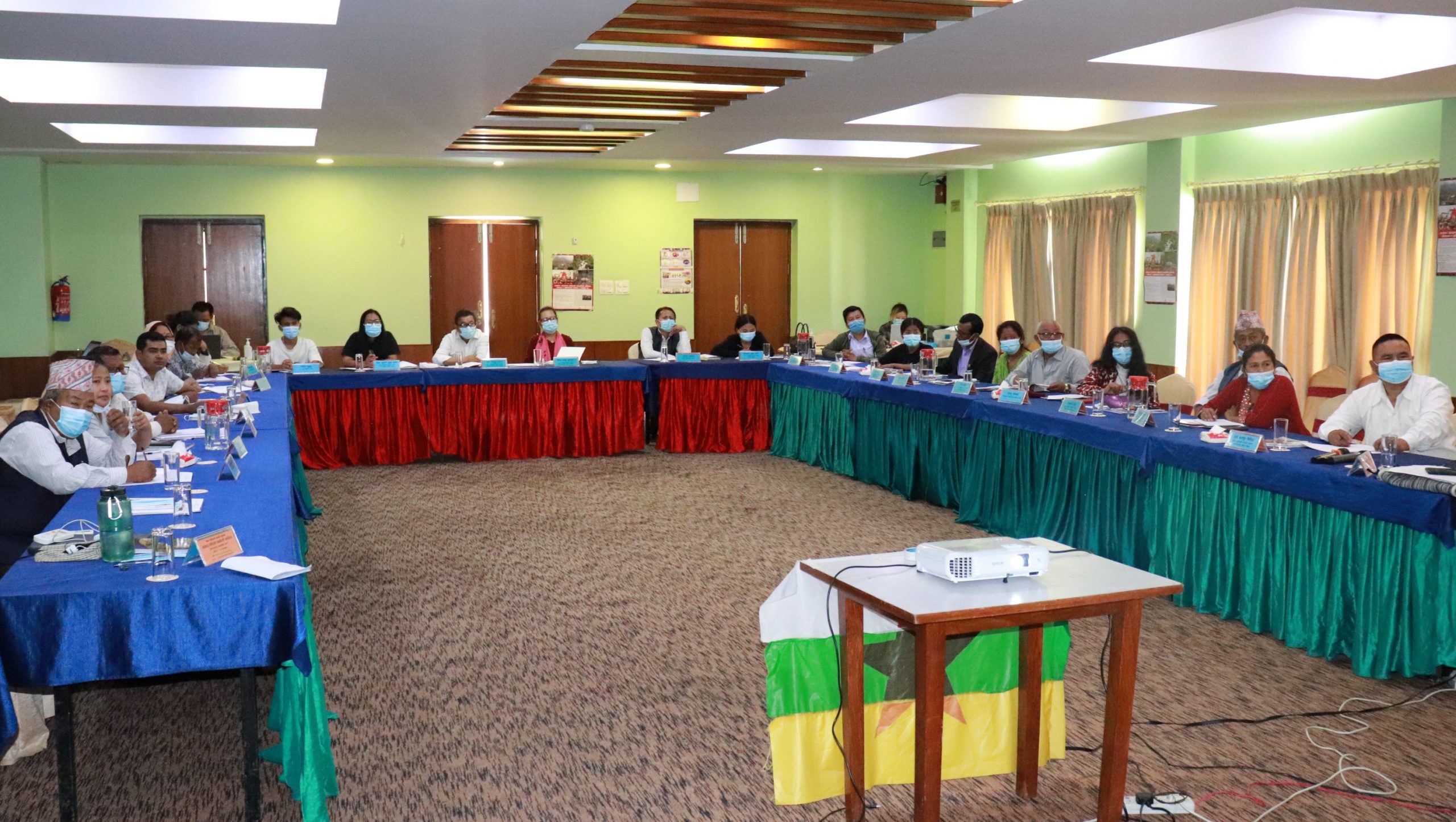 The objective of the program was to raise awareness and build the capacity of the leaders of indigenous peoples, professionals, on climate change, REDD+ and their rights in REDD+ programs, informed the Program’s Director Tunga Rai. The sessions of the program were facilitated by Tunga Rai and resource persons Ghanman Gurung and Arun Rai.

During the program, presentations and discussions were held on REDD+ activities at national and international levels and different agreement documents adopted by the Conference of Parties (COP) under United Nations Framework Convention on Climate Change, specifically the Cancun Safeguards and the Paris Agreement that are of particular importance for the rights of indigenous peoples in climate change context. The program also dwelt on recent developments on the climate change mitigation and adaptation fronts at both national and international levels. Likewise, the program discussed Emission Reduction Program Document, which Nepal government submitted to FCPF in 2018 proposing REDD+ program in the 13 Terai districts, especially the project activities, possible impacts on the indigenous peoples and the safeguard measures—and the Emission Reduction Payment Agreement (ERPA) that the Nepal government signed with the FCPF last year for carbon trade.

Discussions also were held on REDD+ and other related topics that have direct bearings on indigenous peoples, such as non-carbon benefits from REDD+, indigenous peoples’ food security and sovereignty, the safeguards implementation plan and benefit sharing plan in the ER program, non-economic loss and damage and indigenous peoples’ languages, and worldviews. The participants were also oriented on different international agreements and legal provisions that safeguard the rights of indigenous peoples, including their rights to land and natural resources use and management.

At the end of the program, the participants drafted a 31-point position statement incorporating their views, key concerns and recommendations to the government/project proponents while introducing REDD+ and other programs that affect them. In the position paper, the participants stressed that REDD+ and other climate change interventions should effectively follow the provisions of the United Nations Declaration on the Rights of Indigenous Peoples (UNDRIP), the International Labor Organization Convention 169 and other international agreements, including those Cancun Safeguards and Paris Agreement under UNFCCC, pertaining to the rights of indigenous peoples.

The position paper maintains that indigenous peoples are a key right holder in climate actions and have prerogative rights in natural resources management.  It further stresses that the government and project implementers should take appropriate measures to protect and promote indigenous peoples’ culture, traditional knowledge, skills, livelihood and worldview while formulating and implementing climate change mitigation and adaptation interventions. The indigenous peoples also have demanded inclusion and full and effective participation in REDD+ governance systems. The position paper posits that indigenous peoples should have their fair share in benefits from REDD+ program and aspects such as non-economic loss and damage resulting from climate change and non-carbon benefits should be well-addressed. In the position paper, the indigenous leaders/representatives have demanded the application of free, prior and informed consent (FPIC) in all phases of REDD+ programs, including the emission reduction program being conducted in the 13 Terai districts.