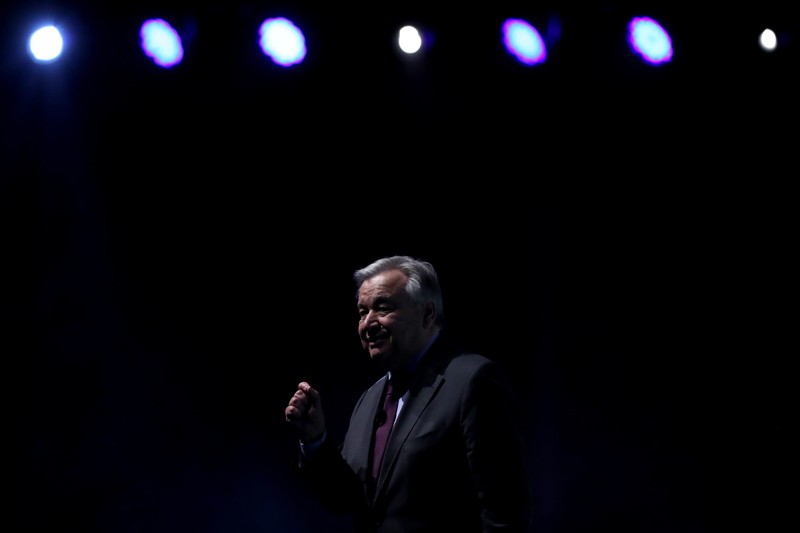 Nature, 6 January, 2021.- Developing countries were being asked to commit to reducing their greenhouse-gas emissions. In exchange, they expected developed nations to provide climate funding totalling US$100 billion a year by 2020. Data published by the Organisation for Economic Co-operation and Development (OECD), a body that represents many of the world’s richer nations, said that developed countries were on their way to meeting this target — providing around $50 billion annually to low- and middle-income countries. But India said that the real figure was nearer $2.2 billion, and that the numbers reported by the OECD were open to “‘gaming’ and exaggeration”, adding to tensions between the two sides.

The Paris meeting was rescued. Developed and developing countries alike pledged to reduce greenhouse-gas emissions, and to come back in 2020 with more-ambitious commitments. But arguments over funding data have endured. Five years on, they are casting a shadow over the next United Nations climate conference (COP26), scheduled for November, when nations are expected to meet in Glasgow, UK, to take stock of their climate commitments.

This is a crucial year for efforts to combat climate change. A number of countries are pledging to work towards achieving net-zero emissions. And the United Kingdom is making a determined effort to get the worlds of banking, other private finance and industry to commit to greening their processes and operations. But there’s been little progress in resolving disagreements over public climate-finance provision. According to the OECD’s latest data, developed countries mobilized nearly $80 billion in 2018 — $62.2 billion of it from public sources and $14.6 billion in private finance. If increases continue at the same rate, these nations are within touching distance of the $100-billion target by 2020.

But other studies do not support these findings. According to a report released by the aid group Oxfam last October, climate-specific assistance provided by developed countries came to no more than $22.5 billion in 2017–18. And last month, researchers commissioned by the UN secretary-general António Guterres found that donors were over-reporting climate-funding data by $3 billion to $4 billion.

Such disagreements are not new, but they are once again fuelling mistrust ahead of a crucial climate meeting, says Saleemul Huq, director of the International Centre for Climate Change and Development, which is based in Dhaka. Ideally, verification should fall to organizations or processes that all sides can trust. Only then will there be any hope of resolving these disagreements.

Climate finance has been a point of contention since at least 1992, when the Earth Summit was held in Rio de Janeiro, Brazil. Because richer countries are overwhelmingly the source of the emissions responsible for global warming, they agreed — albeit reluctantly — to help more-vulnerable countries to protect themselves from the effects of climate change. The Global Environment Facility was created, headquartered at the World Bank in Washington DC. But its complicated rules made it hard for some of the most vulnerable developing nations to obtain funding — especially for climate-adaptation projects.

Over time, developing countries worked hard to persuade the international community to establish funding bodies, such as the Green Climate Fund and the Adaptation Fund, that were more able to respond to their specific needs. But donor nations have mostly avoided providing climate finance through these channels, preferring to fund countries directly, or through multilateral development banks such as the World Bank.

A major point of contention is the fact that more than 80% of climate finance supplied to developing countries comprises loans. The proportion of climate funding given as grants has been falling — between 2013 and 2018, for example, it dropped from 27% to 20%. The trend towards loans is problematic, both because loans need to be repaid, with interest, and because they tend to be provided for projects that can demonstrate a return on the investment, such as power generation. Loans are less likely to be obtained for projects, such as the building of flood defences, that are designed to help countries become more resilient but do not make money.

The pandemic has also resulted in cuts to many nations’ credit ratings, and the subsequent reduction in borrowing capacity has hit the poorest countries hard. Ultimately, the nature of loan financing means that these countries will end up in increasing amounts of debt — as the costs of the damage done by climate change rise alongside temperatures.

But it is the lack of agreed and trusted accounting rules for climate finance that fuels mistrust. The absence of such rules is a major oversight in climate diplomacy, say Romain Weikmans at the Université Libre de Bruxelles and Timmons Roberts at Brown University in Providence, Rhode Island1.

The authors of India’s 2015 report arrived at the $2.2-billion figure by counting money that they said had been disbursed. By contrast, the data from donors include all pledged funding, whether or not the money has reached the recipients. The OECD data also count funding for projects with only a partial link to climate mitigation.

Another complicating factor is that the OECD’s researchers are working to a rule book agreed at a previous climate meeting, COP24, held in Poland in 2018. UN member states are looking at how to improve data accuracy. But even with clear criteria and better reporting, one thing will not change: the OECD is an intergovernmental body whose leadership does not represent the majority of nations. If recurring arguments are to be avoided, a climate-finance verification mechanism needs to be found that fully incorporates the perspectives of OECD non-members.

To agree on new accounting rules, both developed and developing countries should consider taking advice from a trusted third party that already has a role in setting data standards, but is not involved in international diplomacy. That could be the UN Statistical Commission or the International Organization for Standardization. “Countries should come up with proposals,” says Selwin Hart, who advises Guterres on climate finance. “There needs to be a meeting of minds so that all sides can be confident there is accuracy and accountability,” he adds.

The COP26 meeting is less than a year away. Widely seen as the world’s last chance to take meaningful, unified action on climate change, it must succeed. That means developed and developing countries must agree on more-ambitious targets to reduce emissions, and ensure that the poorest countries, and those most vulnerable to climate change, receive support as they develop their economies in a more sustainable manner and prepare for the inevitable effects of global warming. The $100-billion pledge is a fraction of what is needed. Ultimately, investments around the world must shift to support sustainable development. If global leaders can accomplish that, Earth might yet have a chance.