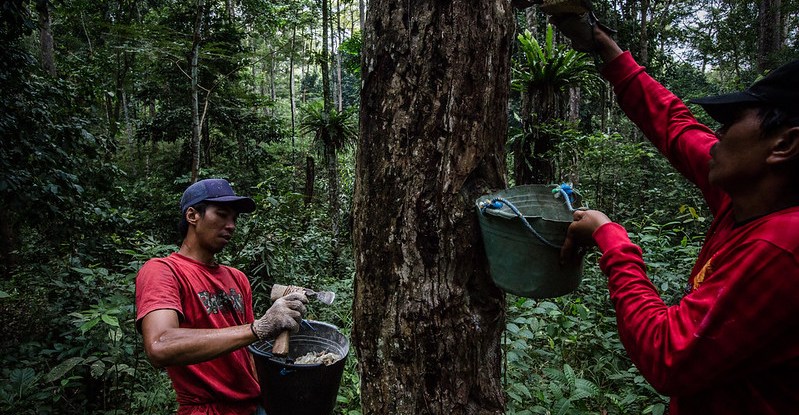 Results-based payments in Indonesia: A strategy to move REDD+ forward?

Forest News, 11 January, 2021.- After more than a decade of working toward qualifying for payments under the REDD+ (Reducing Emissions caused by Deforestation and Forest Degradation) scheme, Indonesia received its first results-based financial rewards last year.

REDD+, a policy initiative recognized under the U.N. Paris Agreement in 2015, was created as a way to provide incentives to conserve tropical forests and curb planet-warming greenhouse gases that are emitted when they are cut down.

Initially, it was conceived as a market-based means for industrialized countries to pay forest-rich countries for their emissions reductions and contributions to meeting overall global climate targets through financial credits.

However, the concept did not materialize, and REDD+ initiatives and rewards are now mainly funded by donors, including Norway’s International Climate and Forest Initiative and the Green Climate Fund (GCF), the financing arm of the U.N. Framework Convention on Climate Change.

Indonesia applied to receive REDD+ results-based payments (RBP) based on data illustrating its efforts to curb emissions under terms detailed in an Indonesia-Norway bilateral partnership and the GCF.

In May 2020, the Norwegian government approved a payment of $56 million for emissions reductions of 17 million tons of CO2eq related to Indonesia’s reported reduced deforestation and forest degradation in 2016-2017 compared to the preceding decade through the RBP scheme. The payment will be used for restoration activities for peatlands, mangroves and critically degraded land.

In August 2020, under a tranche of funds distributed as part of a pilot, the GCF approved $103.8 million of RBP funding for Indonesia, in recognition of an avoided 20.3 million tons of carbon emissions between 2014 and 2016.

“This is a culmination of our consistent effort to reduce emissions by reducing deforestation and forest degradation as a commitment to the Paris Agreement,” said Siti Nurbaya, Indonesia’s Minister of Environment and Forestry (MoEF) at a joint press conference in August 2020 with Indonesia’s Ministry of Finance after the announcement.

Indonesia has already been allocating approximately $6.1 billion of the annual national budget for climate funding since 2016.  Yet, this only covers 34 percent of what is needed to achieve its Paris targets.

CIFOR’s Global Comparative Study (GCS) on REDD+ has been involved in this process throughout, offering information, analysis and tools to promote effective, efficient and equitable outcomes in REDD+ design and implementation.

Collaboration between state and non-state actors

AMAN (Indigenous People Alliance of the Archipelago), for example, succeeded in including tenure rights to the development of safeguards. Meanwhile, Kemitraan (Partnership for Government Reform in Indonesia) supported the Directorate General of Climate Change of the MoEF in finalizing REDD+ architecture and its financing instrument.

The reduction of carbon emissions was also spearheaded by a number of subnational initiatives throughout the archipelago. A study by Earth Innovation Institute, CIFOR and the Governors’ Climate & Forests Task Force, which examined 39 jurisdictions across the tropics—including six Indonesian provinces—indicate that efforts at the subnational level were also vital to Indonesia’s RBP achievement. For example, several jurisdictions, including Aceh, Central Kalimantan, and East Kalimantan have developed green economic strategies and others, including Central and East Kalimantan, Papua, and Aceh, have slowed deforestation rates between 2013-2017 against the 1990-2012 Forest Reference Emissions Level baseline period.

Meanwhile RBP schemes are also playing out at the subnational level. The province of East Kalimantan, for example, committed to reduce up to 86.3 mtCO2e over the next five years (2020-2024), with a carbon price of $5 per ton CO2e through the Carbon Fund scheme under the Forest Carbon Partnership Facility (FCPF), and recently signed an Emission Reductions Payment Agreement (ERPA). Another carbon reduction effort led by Jambi province has the potential to receive up to $60 million from the BioCarbon Fund.

At the implementation level, NGOs such as the World Wildlife Fund (WWF) and The Nature Conservancy (TNC) contributed through developing REDD+ initiatives at subnational level. For instance, as part of project Kutai Barat, WWF worked with local, regional, and national governments to build the infrastructure and support for REDD+. TNC has supported jurisdictional approaches to REDD+ implementation through the Berau Forest Carbon Program (BFCP) and in East Kalimantan.

Challenges for RBP in Indonesia

Despite the successes, there are still challenges for implementation of RBP. Funding from the GCF REDD+ RBP was delivered as part of a pilot program. Indonesia received the highest amount of funding from the program to date. However, to achieve its NDC targets, Indonesia needs more financial support from climate change fund commitment led by developing countries. The country also needs global and domestic carbon markets to ensure the continuity of emissions reductions and ongoing benefits from its achievements.

Indonesia’s BPDLH was established to manage the complexity of climate financing. By legal design, the agency has the flexibility of managing revenues from state budgets, international donors and carbon markets. However, efficiency is under scrutiny as it requires a dual financial reporting system, dual procurement guidelines, and double the amount of staff from the civil service and elsewhere to manage these challenges.

Indonesia should also address issues like weak governance and align cross-sectoral policies that may be at odds with REDD+ and the forest conservation agenda in general to realize a transformational change in the forestry sector.