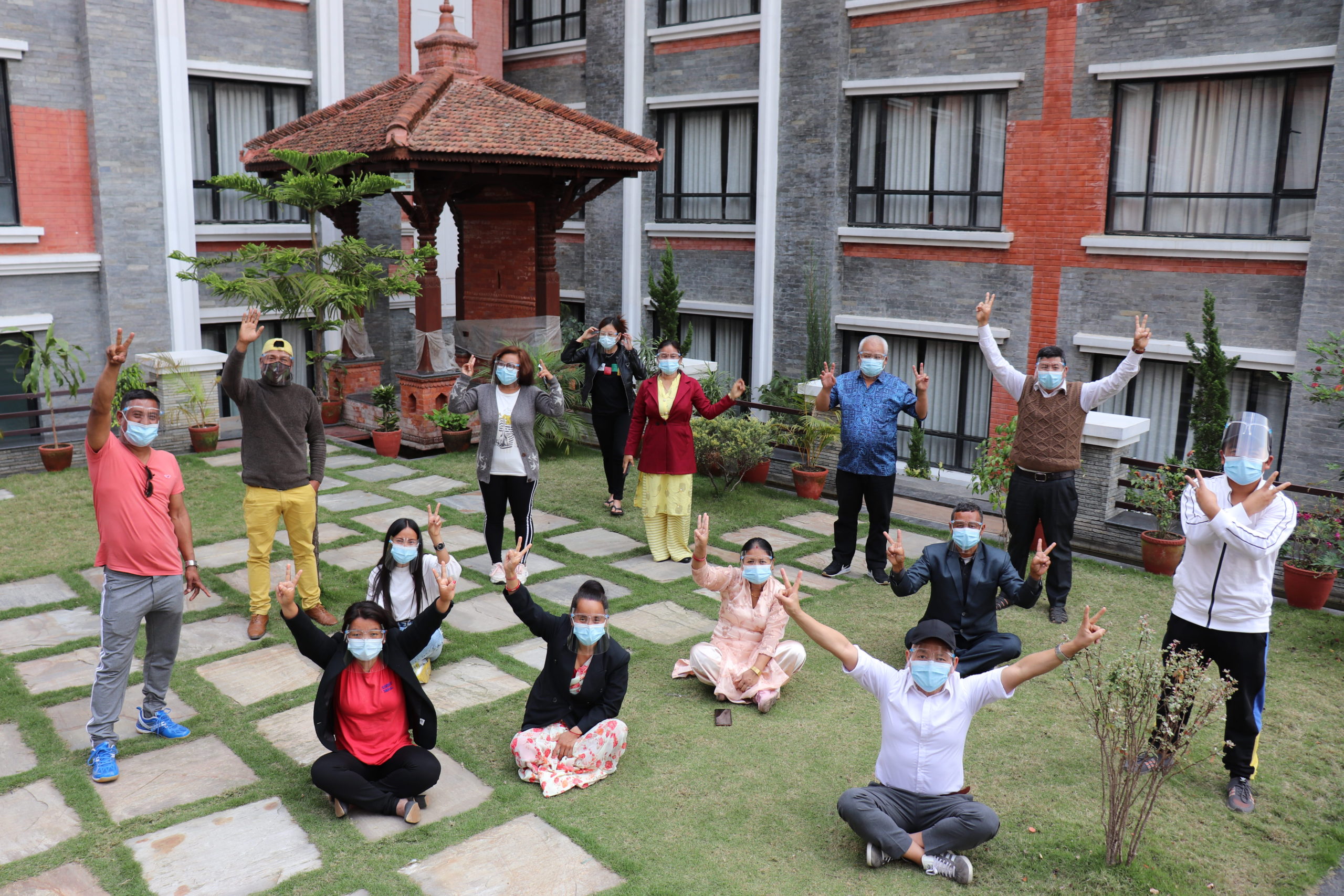 POKHARA, April 2021: Nepal Federation of Indigenous Nationalities (NEFIN) Climate Change Partnership Program organized a two-day program titled ‘ Community Level Intergenerational Dialogue and Training’ in Pokhara, on March 23-24 March, 2021. A total of 23 participants from different age groups attended the event.
At the program, the participants were oriented on different provisions relating to indigenous peoples under United Nations Framework Convention on Climate Change (UNFCCC), including the Paris Accord and other major decisions, and international laws and Nepal’s obligations under various international conventions. Likewise the participants were provided with the update on latest developments climate change at the international and national level including Nepal’s national adaption plan.
The participants discussed the loss and damage from climate change, to be incurred by Nepal’s indigenous communities. On Nepal’s national adaption plan, the speakers and the participants emphasized that the indigenous peoples through their representative organizations should not only be consulted but their concerns should be addressed holding discussions their representatives at the community level.
During the program, presentations on different climate change themes were made by NEFIN CCPP’s National Coordinator Tunga Bhadra Rai, NEFIN Chairperson Jagat Baram, climate change expert Raju Pandit and Ugan Manandhar and Shreejana Shrestha and Dr. Maheshwor Dhakal from the Ministry of Forest and Environment.