NEFIN Climate Change and REDD Partnership Program conducted regional level Community Based REDD + Training in 5 Development regions from December 19, 2011 to January 18, 2012 in coordination with NEFIN District Coordination Council (DCC) member in the respective region and district as shown in the given below:

Goal of Regional level training
The main goal was to build the capacity of the participants and to produce resource persons for the district level and village level upcoming trainings through disseminating information to Indigenous communities on climate change, REDD +, its impact, rights and appraise the past and ongoing national and international activities on Climate Change and REDD+.

Through group exercise, interaction, open discussion, documentary show and power point presentations, the theoretical session in the first two days highlighted capacity development of the participants regarding Climate Change and community based REDD + process including ILO 169 and United Nations declaration on rights of Indigenous Peoples (UNDRIP) in comprehensive manner. In third day, field visit was done for the carbon measurement in the field.

The 18 min documentary show on NEFIN Climate change REDD Partnership Program mainly focused on the right of the IPs on REDD + process. The show also shared the national and global undertakings and issues on REDD +. After the documentary show, the session was summed up by different resource persons through slide presentations. After the theory presentations, last day was set for practical field visit where description about the GPS, below and above biomass leaf letter, soil sample measurement, tree measurement with the help of VERTEX instrument and Clino Master was conducted. The session was facilitated by the ANSAB technical person.

Outcomes
The main outcome of the training was that the participants were well informed in detail about Community Based REDD + process, Indigenous peoples perspective in REDD + process and NEFIN position in REDD + process related to ILO 169 and UNDRIP. The other important aspect of the sessions was the sharing of the concept of community Based REDD+ process and safeguards among the participants which is the most important process that should be carried out before carbon trading in their respected locality. The participants also gained the knowledge on the process of carbon measurement by participating in the carbon measurement exercise in the field. The participants greatly appreciated the regional training.
This training has empowered the indigenous leaders from more than 55 districts on the issues of climate change and community based REDD + process and they have expressed that they can raise strong voice and stand for the full and effective participation in any district and national activities related to REDD+ and other rights of indigenous peoples. All together in 5 regional level trainings there were 230 participants:

Challenges
The regional level Training on Commiunity Based REDD + training was very effective. The training coincided with festival time just before training date, Nepal Band (Strike) (case of Palpa) but all the participants from all over the country representing from 55 different districts actively took part in the Regional level training. The sessions were informal in order to make the environment easy for the participants.

Recommendation
Although the Regional level trainings were successful but the participants from the Himalayan region was minimum due to the cold season and transportation difficulties. The three day training schedule was not enough to go in depth. Balance of participants’ knowledge was difficult since some participants had no knowledge about climate change and REDD + process and some had minimal knowledge on climate change, REDD+ process. Participants suggested to consider the festival of all Indigenous People due to the local festival of Indigenous peoples like Maghi in Makawanpur, participants were bit in rush and pressure to finish the whole training by two and half day by taking extra classes in the evening. Similarly, due to the unplanned Nepal Band (strike) during the training in Palpa, expected participation in the training was low but the local villagers took chance to participant the training. 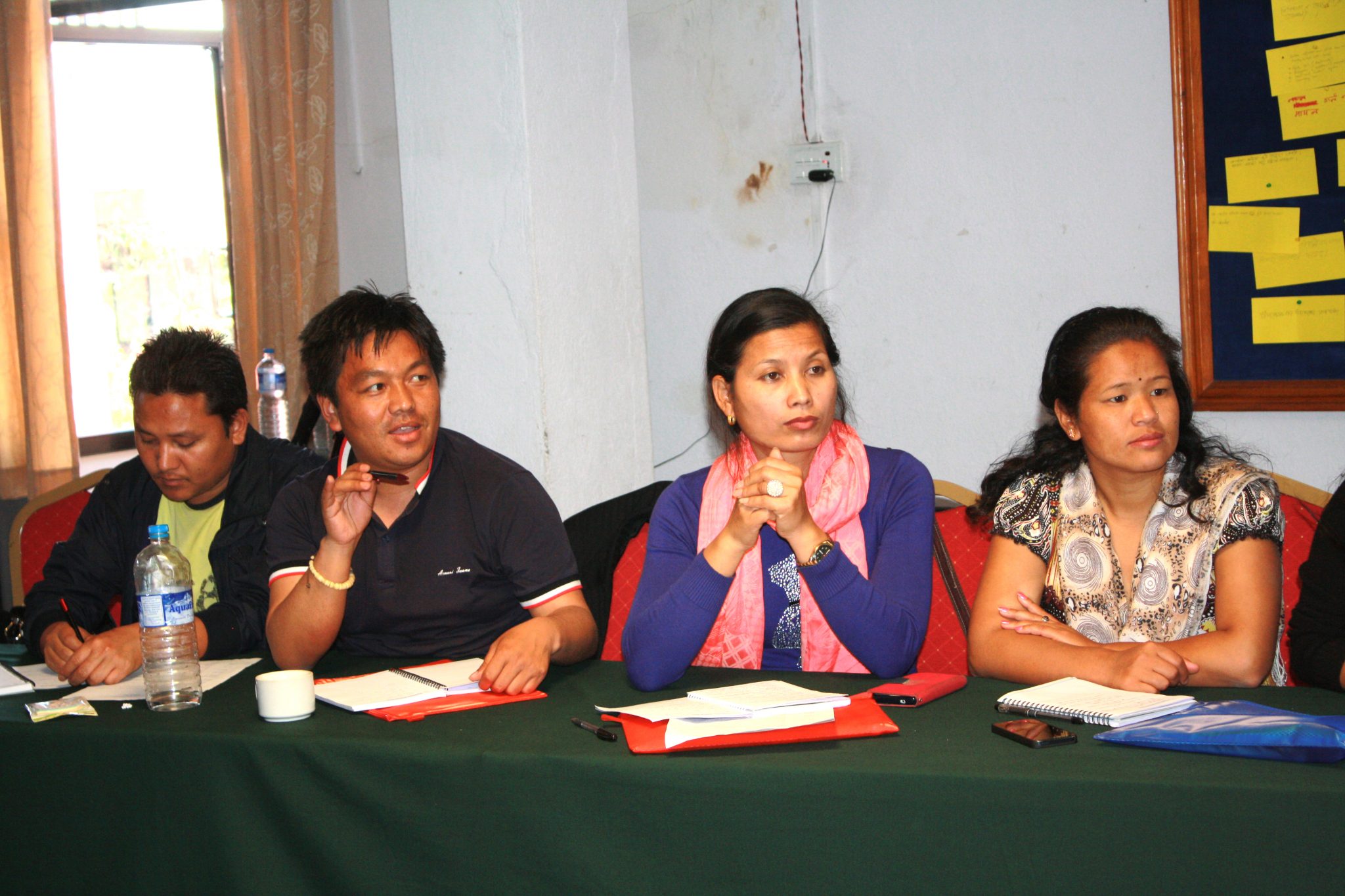